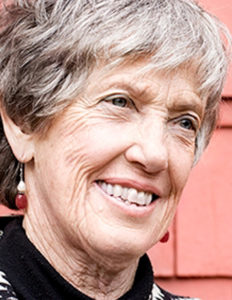 Joanna Macy’s wide-ranging work addresses psychological and spiritual issues of the nuclear age, the cultivation of ecological awareness, and the fruitful resonance between Buddhist thought and contemporary science. The many dimensions of this work are explored in her books Despair and Personal Power in the Nuclear Age (New Society Publishers, 1983); Dharma and Development (Kumarian Press, 1985); Thinking Like a Mountain (with John Seed, Pat Fleming, and Arne Naess; New Society Publishers, 1988; New Society/ New Catalyst, 2007); Mutual Causality in Buddhism and General Systems Theory (SUNY Press, 1991); Rilke’s Book of Hours (1996, 2005) and In Praise of Mortality (2004) (with Anita Barrows, Riverhead); Coming Back to Life: Practices to Reconnect Our Lives, Our World (with Molly Young Brown, New Society Publishers, 1998); Joanna’s memoir entitled Widening Circles (New Society, 2000); World as Lover, World as Self (Parallax Press, 2007), A Year With Rilke, (with Anita Barrows, Harper One, 2009); and Pass It On: Five Stories That Can Change the World (with Norbert Gahbler, Parallax Press, 2010).  Active Hope, How to Face the Mess We’re in Without Going Crazy, as well as her more clearly Buddhist-identified books including Mutual Causality in Buddhist Teachings and General Systems Theory, andDharma and Development.