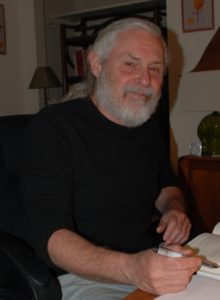 Stephen Karcher, Ph.D., is an internationally known scholar, writer, translator, graphic artist and an initiated master diviner. He has taught and lectured on the Yijing and divination in the United States, Great Britain, France, Spain, Switzerland, and South Africa. As Research Director of the Eranos Foundation (Ascona, Switzerland) he pioneered a depth psychological approach to divination. Major publications include: Total I Ching: Myths for Change, The Classic Chinese Oracle of Change, The Illustrated Encyclopedia of Divination, Ta Chuan: The Great Treatise, I Ching Plain and Simple and The Oracle of Kuan Yin, Goddess of Compassion. “Karcher liberates meanings that have been missing from our understanding for a couple of thousand years…revealing a whole new landscape of interpretation that makes previous translations feel cramped by comparison.”