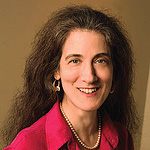 Anne Klein/Rigzin Drolma is a Professor and former Chair of Religious Studies at Rice University. She is also the founding director and Resident Lama at Dawn Mountain Tibetan Buddhist Temple, founded in 1996 (www.dawnmountain.org). Her scholarly dharma training includes close textual study with Geshe Wangyal, Lati Rinpoche, Loling Kensur Yeshe Thupden, and Denma Lochö Rinpoche; her Nyingma root teachers are: the late Khetsun Sangpo Rinpoche of Nepal and Adzom Paylo Rinpoche of Tibet.  She has also studied extensively with Chögyal Namkhai Norbu, Lopon Tenzin Namdak, and Geshe Tenzin Wangyal Rinpoche. Anne was given rein to teach by Khetsun Sangpo Rinpoche in 1994 after completing her first dark retreat under his guidance. She has been supported in her teaching and personal retreats since 1999 by Adzom Paylo Rinpoche of Tibet, who gave her the title of Dorje Loppön in 2009. She has authored six books, most recently including, Heart Essence of the Vast Expanse: A Story of Transmission.